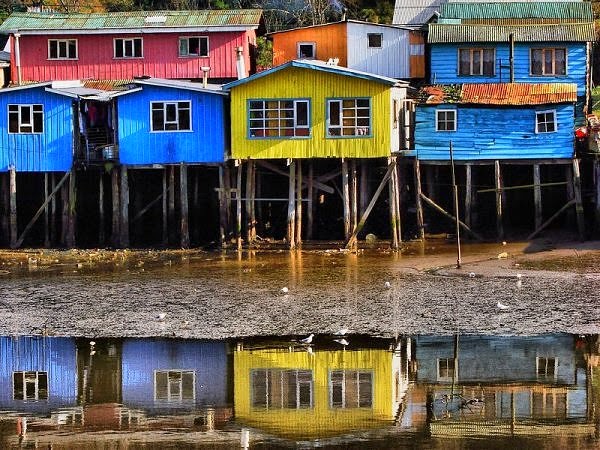 I've seen photos of stilt houses since I was in elementary school. They had a certain emotional pull for me -- how could anyone want to live on stilts? Well that of course was my young Midwestern mind at work -- unaware of the housing needs of people around the world. 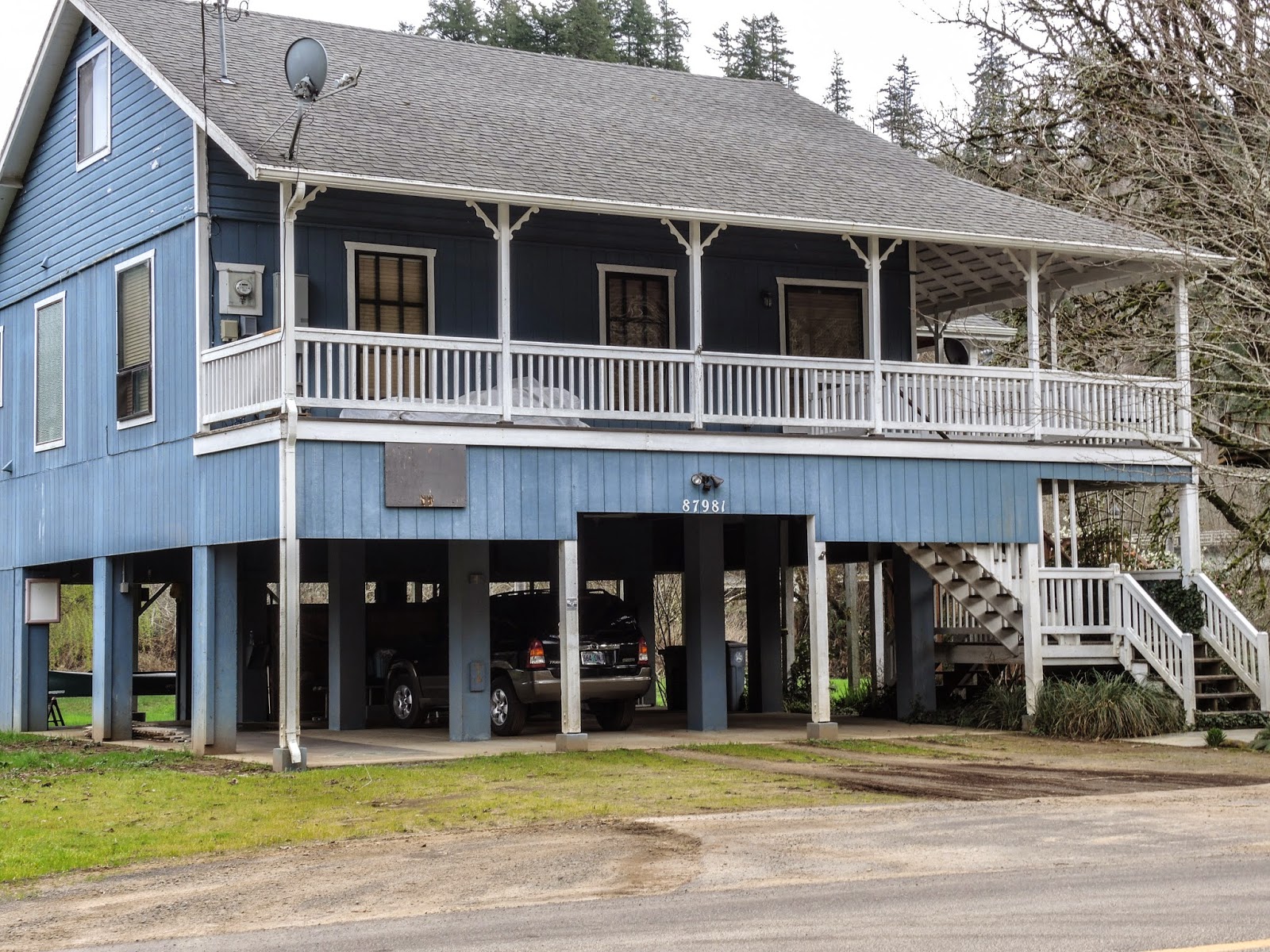 However, now in my older years I have recently had the experience of seeing real stilt houses here in Oregon -- just about ten miles away along the Siuslaw River. The river does occasionally flood along certain parts of the river. So folks have adopted this ancient concept of building on stilts to stay dry in case of a flood. 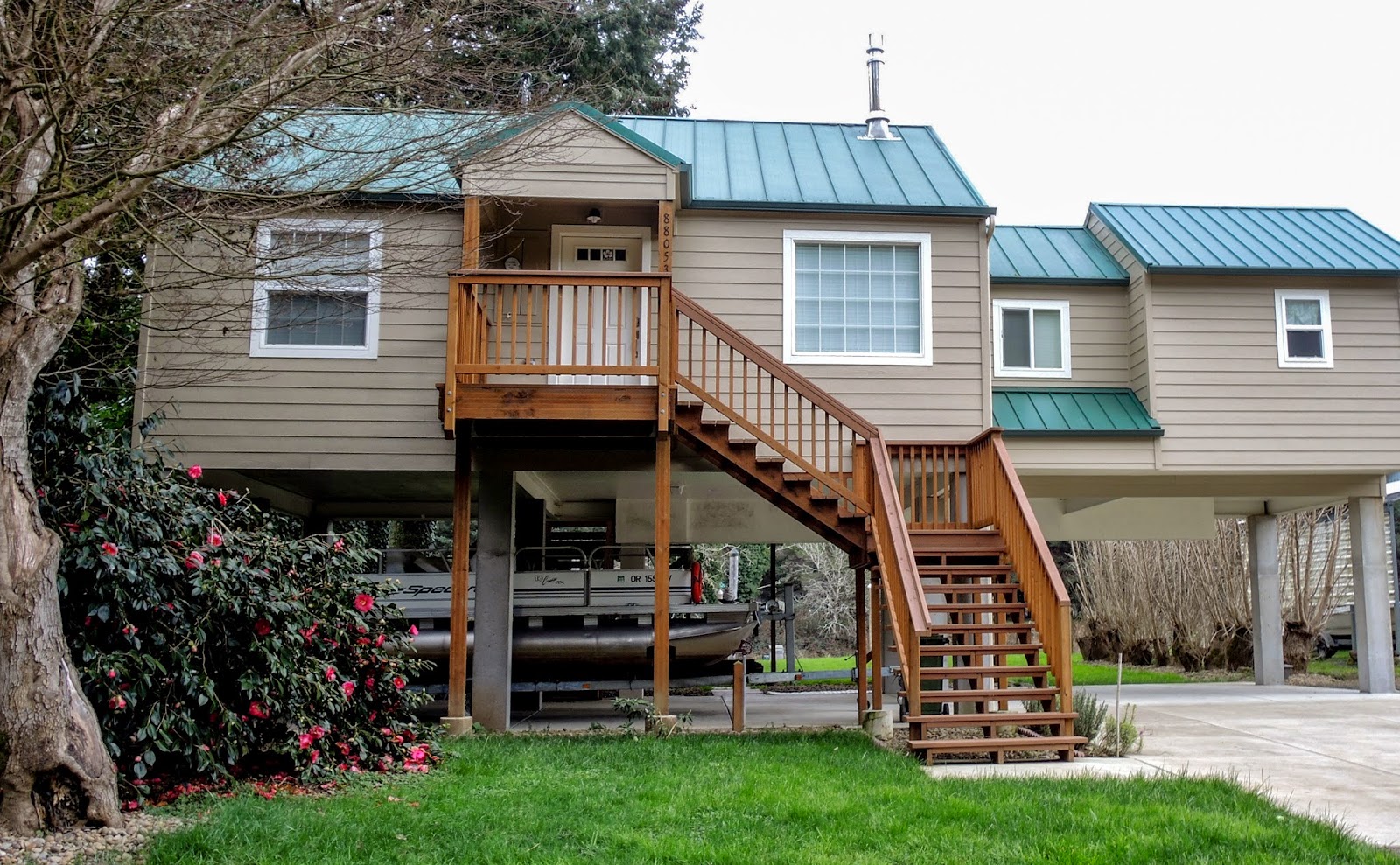 Maybe some day along our two coasts we will begin to notice many houses on stilts as the oceans rise -- as predicted with global warming. 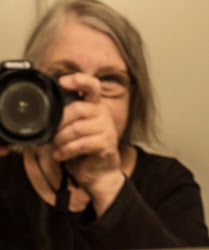 Recently lived in the Appalachian area of the U.S. -- I have now moved to the Pacific Northwest. My blog has covered several years of Appalachian folkways and beginning this year of 2013 will begin to cover the Pacific Northwest. Therefore, there will be a potpourri of Appalachian and Pacific Northwest ways reflected in my posts. I'm an observer of cultures and nature both here and beyond and will bring those observations to you through my writings and photography. Please feel free to leave comments. ~~ barbara. -- http://folkwaysnotebook.blogspot.com/ All photos on this blog are mine unless otherwise designated -- use of photos or text should carry FOLKWAYS NOTEBOOK credit designation.

YOU CAN'T TELL WHERE YOU ARE GOING, UNLESS YOU KNOW WHERE YOU HAVE BEEN.

Ancient symbol of my Irish Ancestry, The triple spiral motif is a Neolithic symbol in Western Europe. It is carved into the rock of a stone lozenge near the main entrance of the prehistoric Newgrange monument in County Meath, Ireland. A period when settled farming superseded nomadic life, from around 4500 BCE to 2200 BCE 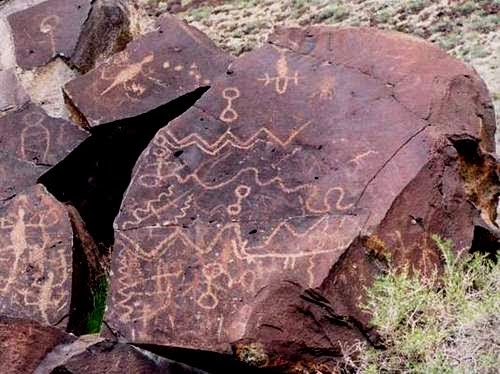 THE FROG DOES NOT DRINK UP THE POND IN WHICH IT LIVES. -- NATIVE AMERICAN PROVERB 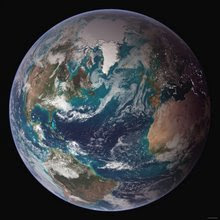 Population growth from 1950 to 2009 exceeded the preceding 11,000 years since agriculture began . 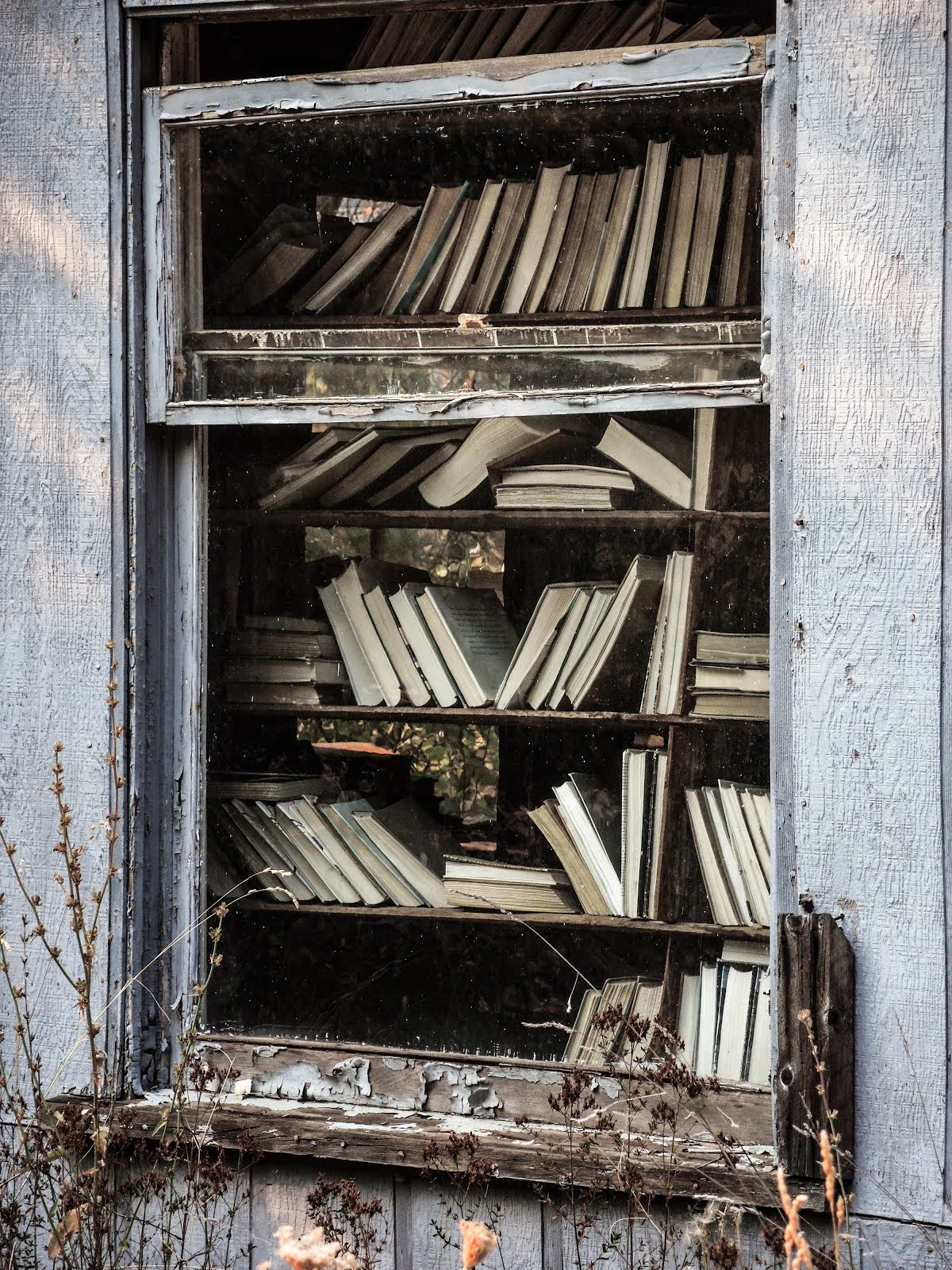 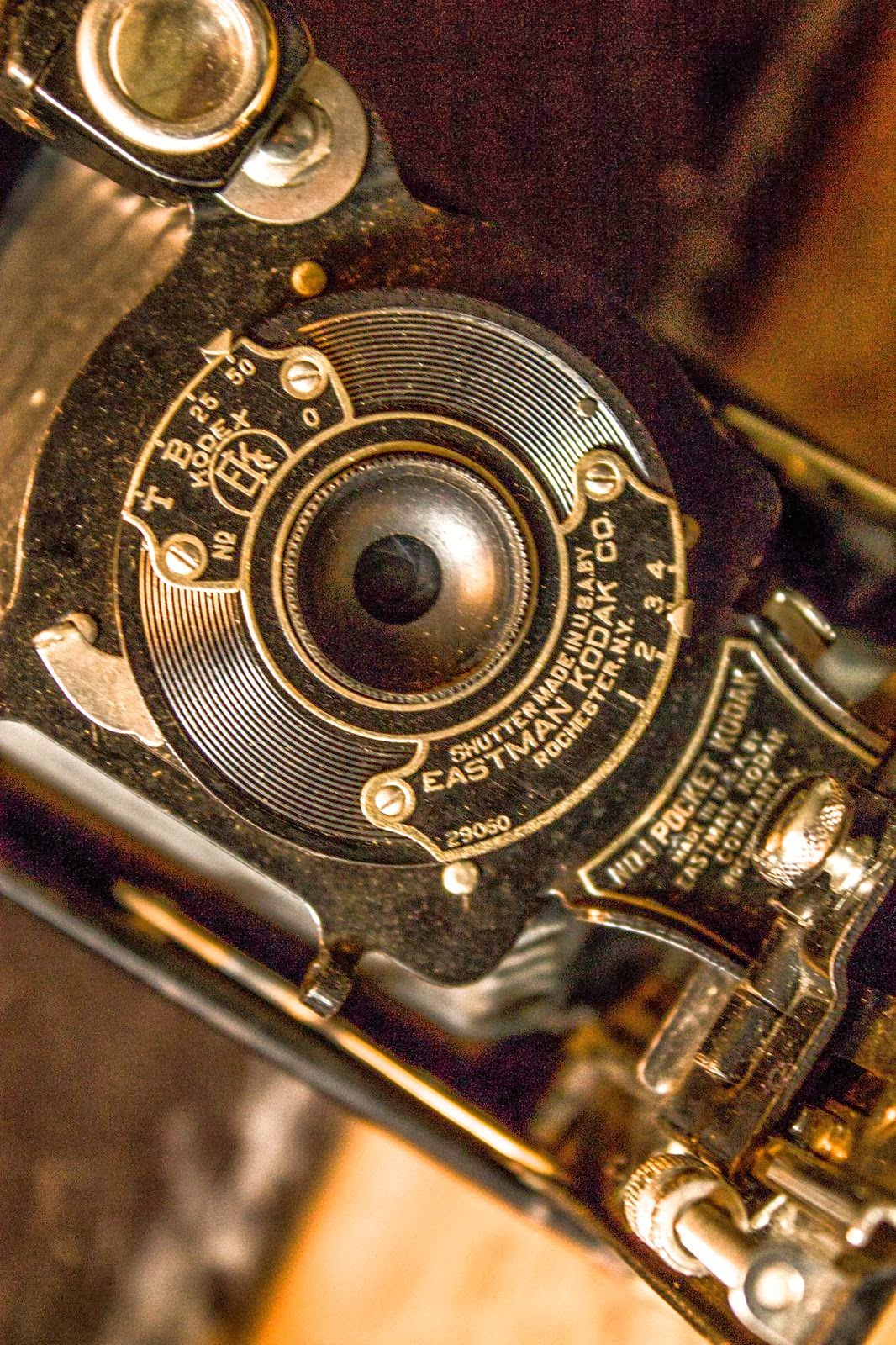 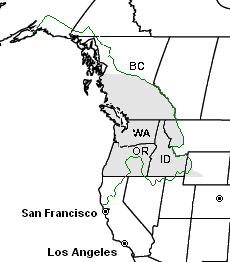 Much of the Pacific Northwest is forested. The Georgia Strait–Puget Sound basin is shared between British Columbia and Washington, and the Pacific temperate rain forests ecoregion, which is the largest of the world's temperate rain forest ecozones in the system created by the World Wildlife Fund, stretches along the coast from Alaska to California. The dryland area inland from the Cascade Range and Coast Mountains is very different from the terrain and climate of the coastal area due to the rain shadow effect of the mountains 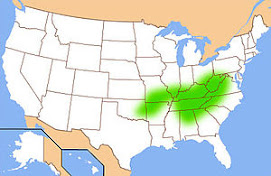